Starting April 23rd, Saturday shows will begin at 8 and 10:30 pm! We continue to take all necessary precautions to keep our customers and staff safe.

Laffs Comedy Caffe' is not only the oldest comedy club in Arizona, it's the only club in Tucson. It has been continuously running since 1988.

Laff's has live stand-up shows by nationally touring comedians every Friday and Saturday night (2 shows a night!). Laff's also hosts a weekly Open Mic Nite every Thursday where you can get a glimpse at some of the Southwest's up and coming stars in the comedy world and even jump on stage yourself.

In fact, the list of comics who've gotten their start at the Laff's clubs is long, illustrious & filled with household names. You never know who you might catch in the act of rising to the top here at Laff's! 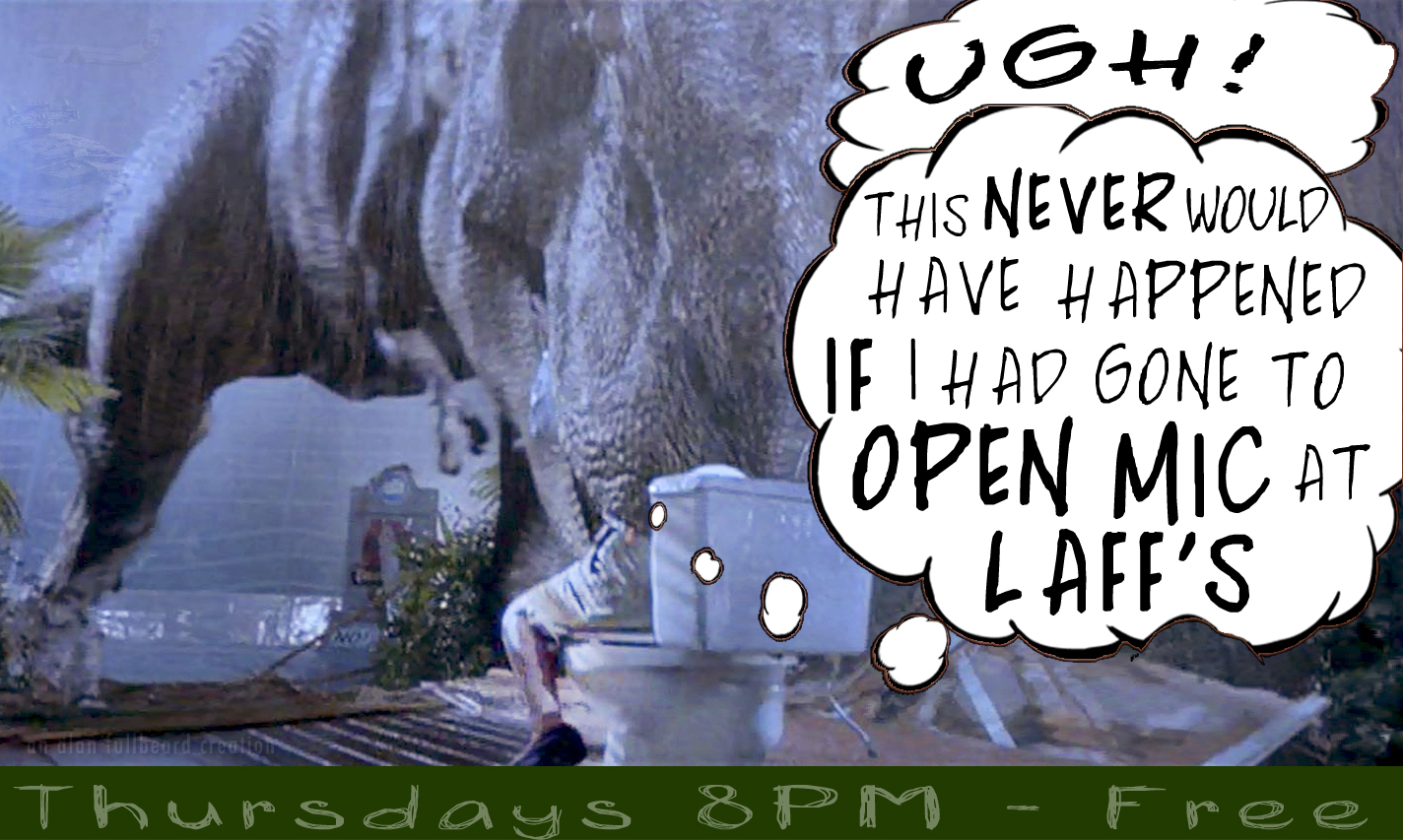